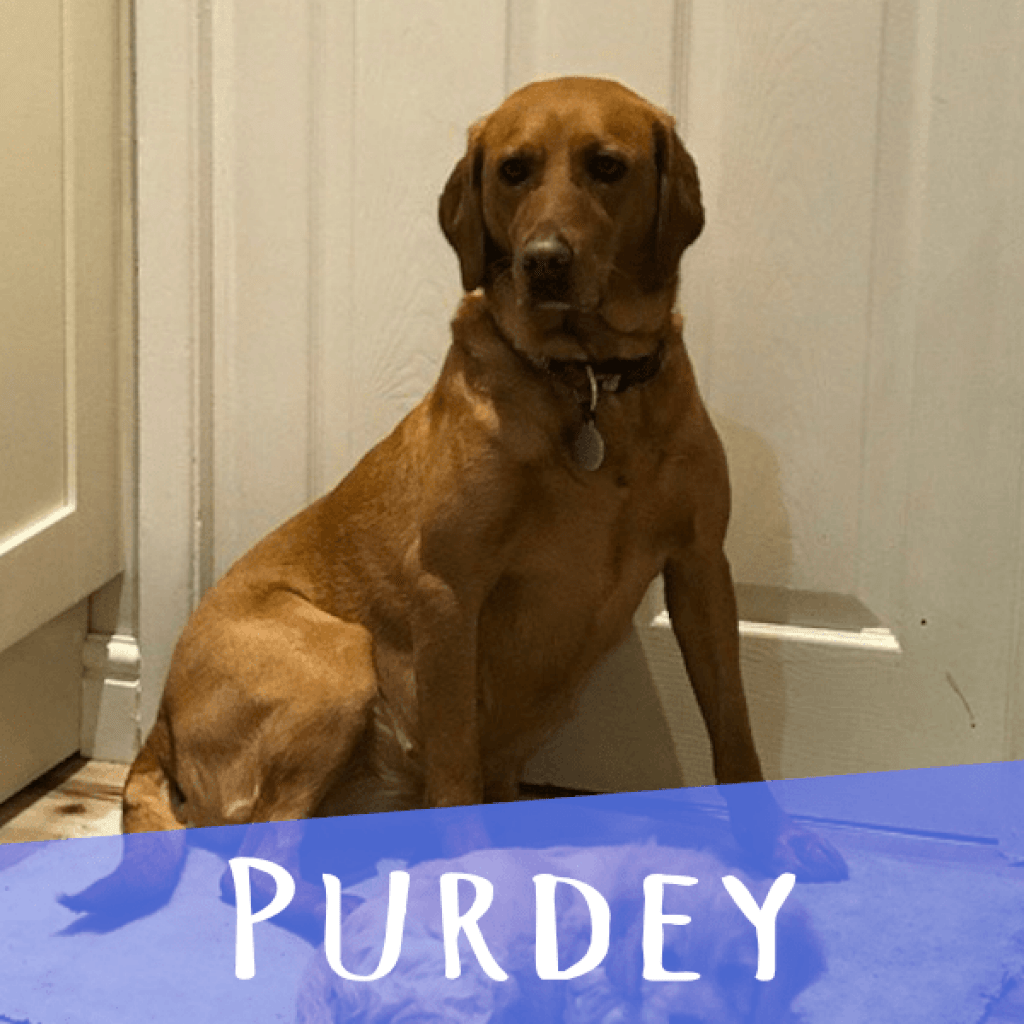 Purdey joined our family in May 2014. She was a birthday present to and from my husband and my daughter to each other. Their birthdays are a day apart and they chose Purdey together. Purdey is the only dog in the household that is allow to sneak on to my daughter’s bed for a cuddle!
She was cute from the beginning. For a lab she is not a huge dog. She is tall and weighs in at around 28 kilos. She is a lean and muscular dog who likes nothing better than lying on the sofa. Stretched out she takes up most of it! Here she is with Gatsby (nee Charlie) from Rosa’s last litter.
The first couple of attempts at mating Purdey were unsuccessful so the third time we had ovulation blood tests carried out and hey presto! Nine weeks later she produced a huge litter of 11 beautiful red miniature Labradoodles.

Purdey’s next litter is planned for Spring 2019. 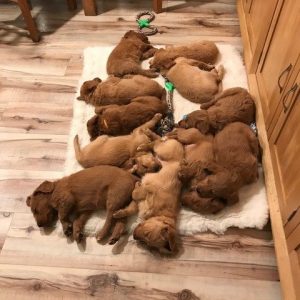 Purdey is a 4yr old fox red labrador from good working lines and 5 generation red colouring. She has been hip and elbow scored with 11 for hips and 0 for elbows. She has also been tested under the BVA/KC eye shceme annually with all clear results. Regarding genetic testing she has tested normal/clear for prcd-PRA. Purdey has also tested normal/clear for Exercise Induced Collapse, Skeletal Dysplasia 2, Centronuclear Myopathy and Hereditary Nasal Parakeratosis so you can rest assured that she is a very healthy Mother.
Purdey is a very loving and affectionate dog who loves her walks and her companions.  She loves nothing better than cuddling up with my husband or daughter. Purdey has previously had 1 lovely litter of puppies in varying shades of red on Amnesty Day the 11th November 2017. The puppies were all fit and well and they were examined by the vet when they were about 5 days old. One of them was much smaller than the rest of the litter but she is now a fit and healthy young dog. Purdey is being a great Mum who copes well with large litters. I am on hand to support her 100% and I introduced supplementary feeding at an early stage to maintain the health of both Mum and pups as would be the case if future litters are as large.

BY APPOINTMENT ONLY
Closed on Wednesdays